Dublin looks likely to be moved to Level Three of the government's COVID restrictions list by the weekend.

A Cabinet sub committee meeting has been scheduled for Friday to consider the advice NPHET will give tomorrow.

A full Cabinet meeting is expected to follow and it is possible restrictions preventing Dubliners from leaving the county will then be announced.

It comes after 254 new COVID-19 cases were announced this evening alongside three further deaths.

Some 136 of the new cases were in Dublin with 20 in Donegal, 13 in Louth, 12 in Wicklow, nine in Waterford, seven in Carlow, seven in Cork, six in Galway, five in Kerry and five in Wexford.

The acting Chief Medical Officer Dr Ronan Glynn said 24 of the new cases have been identified as community transmission while 61% are associated with outbreaks or previously confirmed cases.

He said the situation has deteriorated both in Dublin and around the country over the past week.

“Along with Dublin, we have seen particularly concerning trends in Louth, Waterford and Donegal,” he said.

“It is now absolutely essential that people action public health advice and act as if they or those close to them are potentially infectious.” 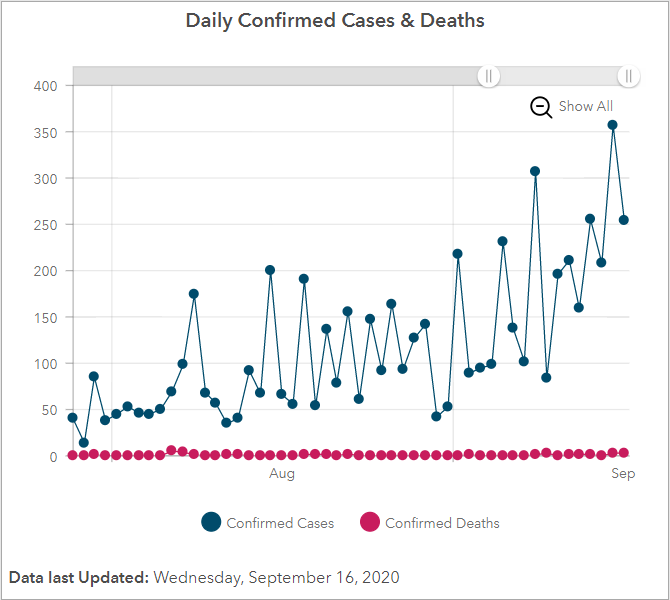 As of yesterday evening, the number of new cases per 100,000 people in Ireland over the past two weeks stood at 53.

As a result, the country would be designated a red zone on the European Centre for Disease Prevention and Control’s upcoming international travel map.

Daily and weekly count and 5-day rolling average – daily average confirmed cases had been stable at 20 per day up to 29 July. Case counts have been increasing; the daily average is now 246.#COVID19 4/13 pic.twitter.com/LSyzLM3qlX

Meanwhile, specific parts of Dublin are sitting well over the 100 mark with Dublin North West facing the highest number of cases at 152.2. 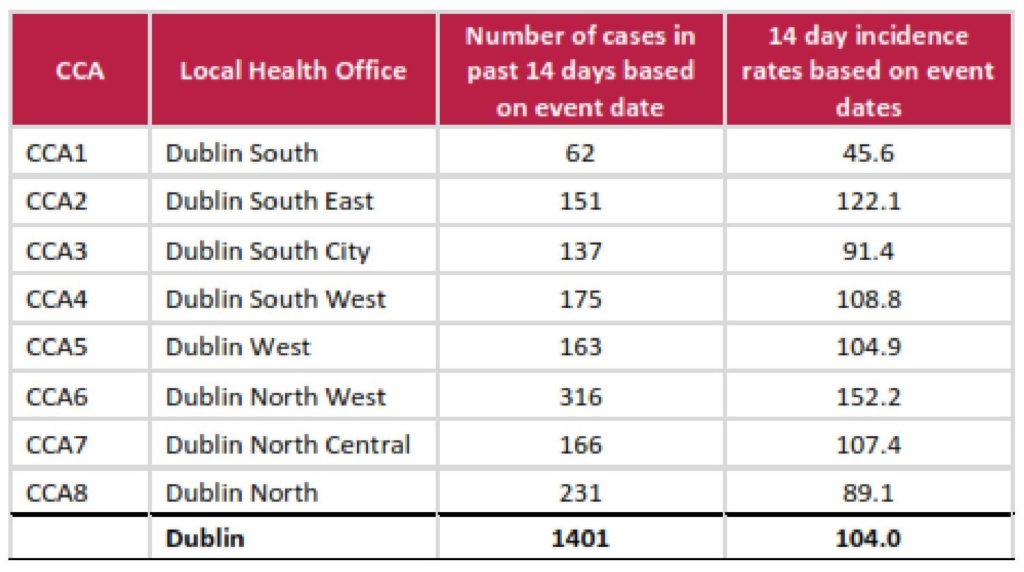 Meanwhile, the chair of the NPHET Irish Epidemiological Modelling Advisory Group Professor Philip Nolan said the R0 number of the virus may now be as high as 1.7.

“I am more concerned than I have been at any point since late April. Case numbers appear to be growing exponentially and are likely to double every 10 to 14 days if every one of us does not immediately act to break chains of transmission of the virus.

The below chart shows the rise in cases in Dublin since late-June: 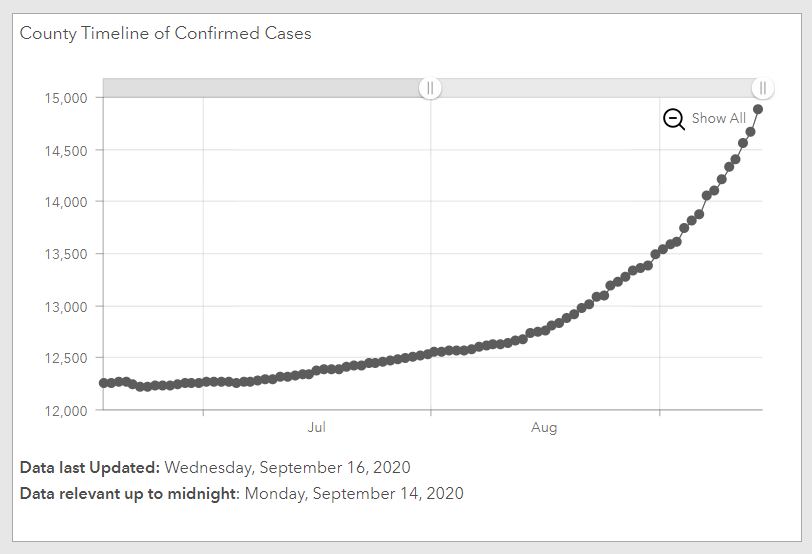 The Chief Clinical Officer Dr Colm Henry said there are currently 73 COVID-19 patients in hospital with 14 in intensive care.

He said nine people were admitted to hospital in the past 24 hours.

“We are seeing a sharp increase in rate of admissions of COVID-19 patients into our acute hospitals,” he said.

“We know that, without a reversal of these trends, admissions can escalate rapidly to the point where our healthcare facilities will be under unsustainable pressure.

“It is more essential than ever that we all adhere to the basic measures which can weaken the virus in the community.”

Meanwhile, the Irish College of General Practitioners (ICGP) COVID-19 advisor Dr Mary Favier said officials have been “conducting a large number of tests on children;” however, she said, there has not been “a disproportionate rise” in cases as a result.