Raab out of Conservative Party leadership race in Britain

Dominic Raab has been eliminated from leadership race for the Conservative Party in Britain. This...

Raab out of Conservative Party leadership race in Britain

Dominic Raab has been eliminated from leadership race for the Conservative Party in Britain.

This followed a second round of voting by party MPs on Tuesday.

Tuesday's vote saw any candidates who received fewer than 33 votes from Tory MPs eliminated from the contest.

The remaining candidates will take part in a BBC television debate later - including frontrunner Boris Johnson, who declined to take part in the Channel 4 debate on Sunday. 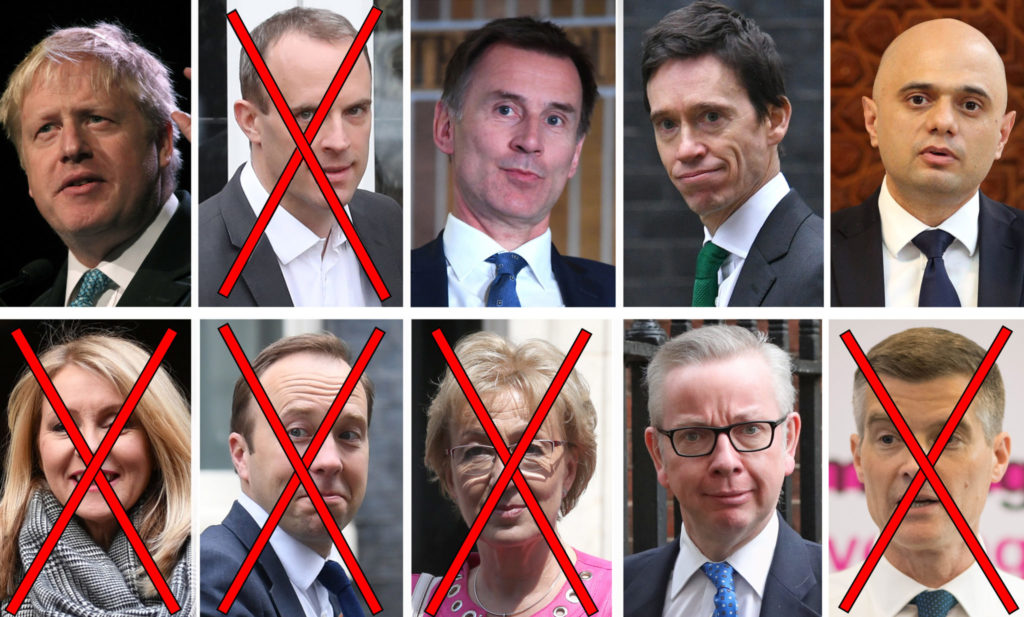 Wednesday and Thursday will see further votes that will whittle the candidates down until only two remain.

General members of the Conservative Party will then vote next month on who they want to become next party leader and prime minister.

Mr Johnson remains the clear leader in the race, having received 114 votes in round one - compared to only 43 for second-placed Jeremy Hunt.

Mr Lidington said: "There is a yearning in this country for political leaders who tell it straight, who are honest about the political challenges that lie ahead… that is why I am backing Rory Stewart."