Ireland is completely off course to meet its 2020 and 2030 climate targets, the Government's clim...

Ireland is completely off course to meet its 2020 and 2030 climate targets, the Government's climate watchdog has warned.

The Council is an independent body set up by the Government to advise on how Ireland is making the transition to a low carbon, climate resilient and environmentally sustainable economy by 2050.

However, the signs so far are not good.

The Council says we are completely off course to meet our targets for next year and ten years time.

It notes that "significant and sustained rate of emissions reduction" of around -2.5% per year will be needed to meet Ireland's objectives for 2050.

He explained: "We're not going to meet the 2020 target - it's impossible at this stage, because emissions are rising.

"If we do take urgent action, we can meet our 2030 target without turning Ireland upside down.

"It will need major effort, but it must begin now." 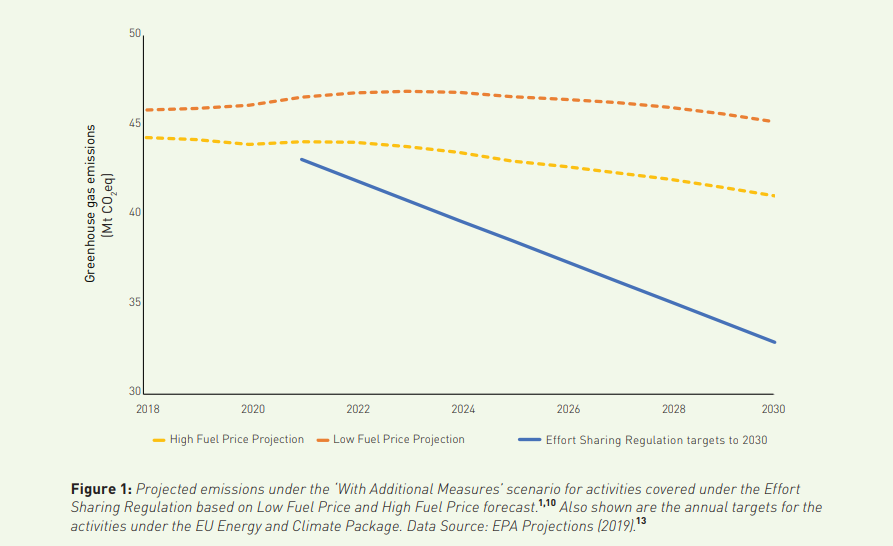 The Council is advising the government to reduce the national herd, encourage more contractors to retrofit homes and stop generating peat-fired electricity next year.

It also suggests that emissions in the agriculture sector are projected to continue increasing to 2030 due to growing cattle numbers, increased fertiliser use and ongoing carbon losses from land.

The report states: "If allowed to proceed unchecked, this would seriously undermine our ability to meet our 2030 target for a reduction in national emissions."

He argued: "If you help farmers to transition into using their land for other purposes - for woodland, for biomass or whatever - they could actually make more money, and you would substantially reduce emissions."

The council is also renewing its call for the carbon tax to increase to €35 per tonne in October's budget.

He said the council had not had the opportunity to fully evaluate the Government's recently announced climate plan, adding that he looked forward "to their full review and feedback".

He said: “While the focus of the recently published plan has been on the reduction in greenhouse gas emissions, the Advisory Council’s report is a timely reminder that we must also ensure that appropriate consideration is given to embedding robust adaptation measures across the system.

"This feedback will be taken into account as we develop our 2020 Plan.”