The father of US pop star Britney Spears has agreed to relinquish control of her US$60m (€51m) ...

The father of US pop star Britney Spears has agreed to relinquish control of her US$60m (€51m) estate.

Her lawyer has described Jamie Spears' decision as "vindication" and a major victory for the singer.

Mr Spears has served as the conservator of her estate for 13 years, but she has been campaigning for him to be removed from this role for several months.

Court documents say Jamie Spears is "willing to step down when the time is right, but the transition needs to be orderly".

The papers urge "all interested parties to meet and confer in order to resolve those pending matters in the best interests of Ms Spears".

Spears' finances and personal affairs have been controlled by the legal agreement since 2008, when she suffered a mental health breakdown. 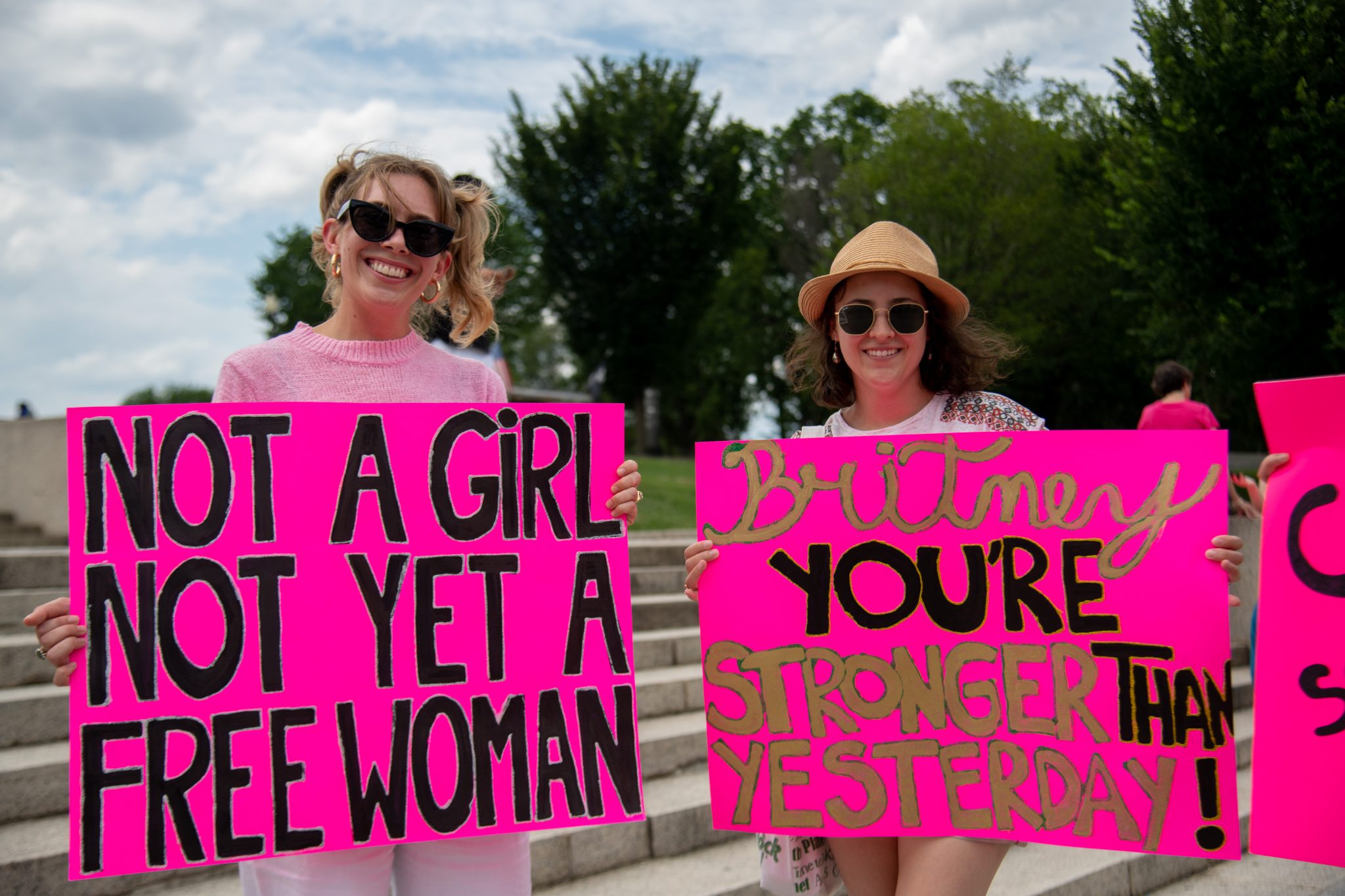 Members of the #FreeBritney movement, which supports the ending of the conservatorship of singer Britney Spears, gather at the steps of the Lincoln Memorial in Washington DC in July 2021. Picture by: Matthew Rodier/SIPA USA/PA Images

The 39-year-old's father has overseen her life and finances for most of that period.

The singer's lawyer, Mathew Rosengart, said in a statement: "We are pleased that Mr Spears and his lawyer have today conceded in a filing that he must be removed.

"It is vindication for Britney. We are disappointed, however, by their ongoing shameful and reprehensible attacks on Ms Spears and others."

How Ireland's Wardship system is similar to Britney Spears' conservatorship

Mr Rosengart said a "vigorous investigation" into the conduct of Mr Spears and others would continue, and accused him of reaping "millions from his daughter's estate".

The court documents say that while Mr Spears believes there are no grounds for forcing him out, he will voluntarily withdraw when the "pending matters" have been resolved.

"Mr Spears continues to serve dutifully, and he should not be suspended or removed, and certainly not based on false allegations," the filing says.

It says he has been "the unremitting target of unjustified attacks" but "does not believe that a public battle with his daughter over his continuing service as her conservator would be in her best interests".

The documents add: "Mr Spears intends to work with the court and his daughter's new attorney to prepare for an orderly transition to a new conservator."

No timetable has been given for him withdrawing from the agreement.

The singer recently said she would never perform again while he held sway over her and has repeatedly called for his removal.

Spears said the control over her life had stretched to taking medication against her will and being prevented from getting married or having another child - and has described the arrangement as humiliating and abusive.

Harriet Alexander is a senior online reporter for the UK's Daily Mail and told Newstalk Breakfast another hearing is set for September.

"This is a huge milestone in Britney's efforts to try and regain control of her life, as she sees it.

"He's for the first time agreed that he will step down, that he's ready to relinquish control - and presumably lose a large amount of money.

"What he's said is he's going to step down, but he's not going to do so immediately - and this is something that's actually being criticised by Britney's lawyer in response.

"He is saying that Jamie should step down immediately and let them get on with sorting out her life.

"Basically he has said to the judge that he is prepared to step down, but only when there is a plan in place, and that he will be working with whoever is going to be in charge of this plan to do an orderly transition.

"Another hearing is due in September".