Brexit talks: Labour says it can no longer trust Theresa May

The UK Labour Party has accused the British Prime Minister of throwing the ongoing cross-party Br...

Brexit talks: Labour says it can no longer trust Theresa May

The UK Labour Party has accused the British Prime Minister of throwing the ongoing cross-party Brexit talks into jeopardy by leaking details to the press.

Talks aimed at finding a compromise way forward on Brexit have been ongoing for weeks with little sign of a breakthrough.

Writing in the Mail on Sunday this morning, Prime Minister Theresa May urged Labour leader Jeremy Corbyn to “put their differences aside” and work with her to deliver Brexit.

However, speaking on the BBCs Andrew Marr show this morning, Labour’s Shadow Chancellor John McDonnell said he could no longer trust Mrs May – after confidential details of the talks were published in The Sunday Times.

#Marr: “Do you trust the prime minister?”

“She has blown the confidentiality we had and I actually think she had jeopardised the negotiations for her own personal protection,” he said.

He said the Labour Party had not revealed anything about the talks “because that is what we were asked to do.”

“We haven’t briefed the media,” he said. “We have only commented on things when they are in the public.

“So it is disappointing that the prime minister has broken [that trust].

He said the leak was “an act of bad faith” as the talks are ongoing.

“In negotiations what you try and do is establish a relationship,” he said.

“When you start undermining that relationship you undermine the confidence – and I fully understand now why she couldn’t negotiate a decent deal with our European partners if she behaves in this way.”

“Disappointing… an act of bad faith”

Writing in the Mail on Sunday, Mrs May claimed the poor showing from both of the main parties in England’s local elections has shown that people want them to “get on with” Brexit.

She said the Brexit Withdrawal Agreement is a “very good deal for the UK” and urged her Tory colleagues to get behind the talks with Labour.

According to The Sunday Times, she is prepared to offer Labour what it calls three major concessions – promising to seek a comprehensive but temporary customs arrangement with the EU lasting until the next general election” and pledging to align the UK with a wider range of single market regulations.

The paper reports that she will also offer to sign up to a legally binding pledge that UK workers rights will mirror those in the EU. 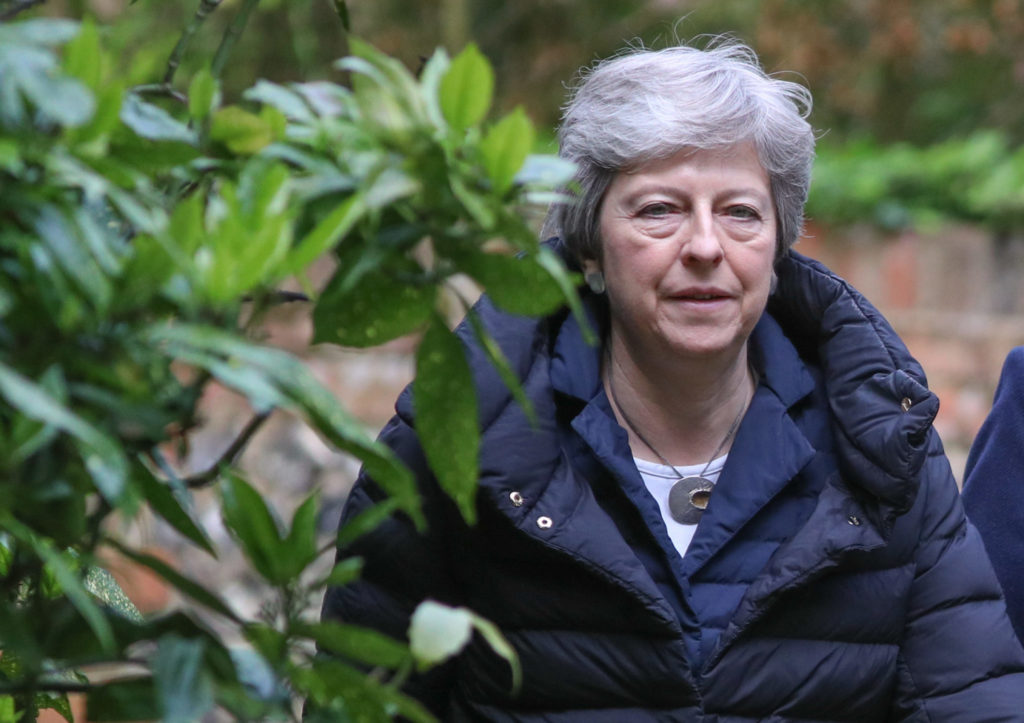 In her Mail on Sunday article Mrs May said: "We will keep negotiating, and keep trying to find a way through. Because the real thing that matters now is delivering Brexit and moving on to all the other issues people care about.

"The longer that takes, the greater the risk we will not leave at all.

"We need to get out of the EU and get a deal over the line."

The Conservatives lost more than 1,300 seats and control of almost 50 councils in the elections – with labour losing around 80 seats.

The EU has set a new deadline of October 31st for the UK's departure from the bloc.