The Justice Minister Charlie Flanagan says people living along the Cavan-Fermanagh border should ...

The Justice Minister Charlie Flanagan says people living along the Cavan-Fermanagh border should not fear reporting information about attacks on Quinn staff to the authorities.

It follows the vicious abduction and torture of the firm's director Kevin Lunney just over a week ago.

The assault is the latest in a series of at least 70 reported incidents of intimidation against QIH employees in the Cavan-Fermanagh area.

Gardaí and the PSNI are working together in the investigation into the incidents.

Speaking at a cross-border conference on organised crime in Cavan, Minister Flanagan said he is worried about why locals are afraid to speak out.

He observed: "I do acknowledge the sensitivities - that's why I was particularly pleased to spend some time along the border area and in Derrylin.

"My message to people in communities [is] that they should not fear informing either the PSNI or An Garda Síochana of any piece of evidence, no matter how inconsequential they believe that to be."

The Garda Commissioner Drew Harris is also defending the force's record in dealing with attacks on Quinn workers along the Cavan-Fermanagh border.

Commissioner Harris says all possible resources are being pumped into the investigation, and a new Garda Armed Support Unit will become operational in Cavan from Monday.

Speaking at a cross-border organised crime conference in Cavan, he rejected claims Gardaí could be doing more. 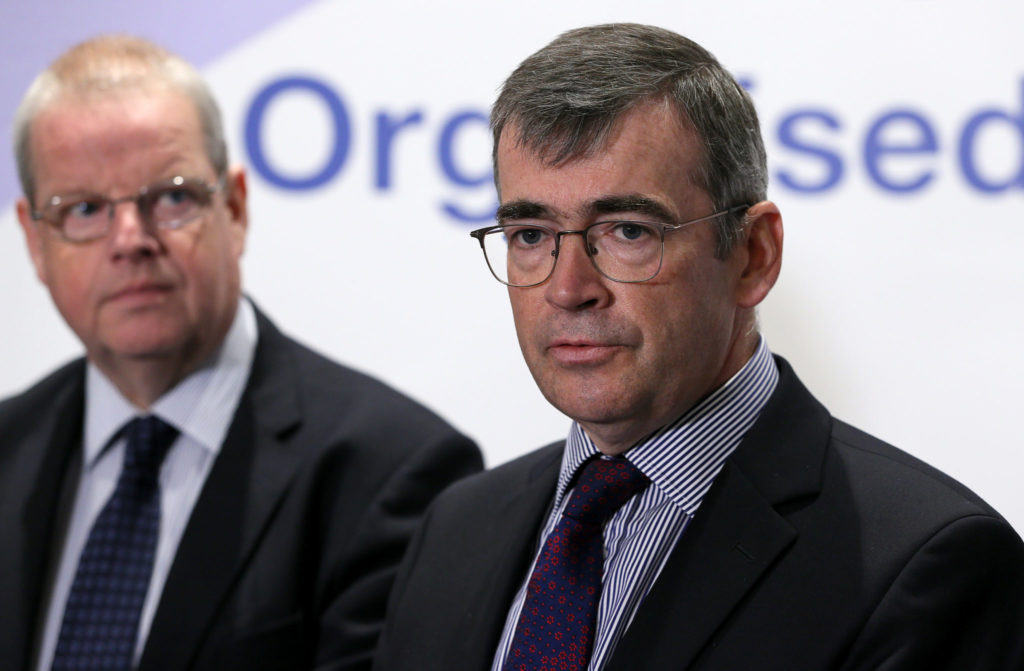 "I don't accept the proposition in any respect - we have in place a pacific operation which has been in place now really since 2011/2012."

"There have been arrests and files have been submitted to the Director of Public Prosecutions.

"In respect of the dreadful attack last Tuesday evening, that investigation is very active - it is not short of resources."

"We have a passing out parade at the end of November - 20 of those will move to Cavan/Monaghan, and from Monday an Armed Support Unit will be based in Cavan itself".

Meanwhile, Gardaí investigating the assault of Mr Lunney say they are appealing for information about a white 'hi-roof' transit-type van.

It is said to be in poor repair and may have a loose or 'screeching' fan belt.

The van has a distinctive painted red floor or partial red floor in the rear cargo area.

"An Garda Síochana continue to appeal to any person in the wider Cavan area extending from Ballyconnell/ Belturbet to Cavan Town, Ballinagh and the townland of Drumbrade who saw a black saloon Audi on Tuesday 17th September 2019 between the hours of 6pm – 10pm or any person with dashcam footage along the N87, N3, N55 and local roads to make contact."

Anyone with information about any attacks or criminal activities in the area can contact Cavan Garda station on 049-436-8800, the Garda Confidential Number at 1800-666-111, or any Garda station.

Main image: Justice Minister for the Republic of Ireland Charlie Flanagan speaks to the media during the Cross-border conference on organised crime at the Slieve Russell Hotel, Co. Cavan. Picture by: Brian Lawless/PA Wire/PA Images