Belinda Carlisle has said she is shocked at how sexualised young musicians are today.

On Lunchtime Live this morning, the American music legend also said she feared she would never sing live again during the pandemic.

The 63-year-old musician said Ireland has a special place in her heart and she is really excited to finally be taking her Decades Tour to Dublin and Cork in the coming weeks.

After 44 years singing for the Go-Go’s and as a solo artist, she told Andrea that the music industry today is very different to what it was when she was starting out.

“I think that music back then had a lot more authenticity,” she said. “A lot of the music now, I mean, some of it is good, but for the most part, a lot of it is a bit contrived and you know, a lot more sexualised.

Carlisle said you only have to look at modern music videos to see what she means and said that when she attended the Billboard Awards with The Go-Go’s recently she was shocked at what she saw.

“We were sitting there you know second row watching the show and we’ve seen everything and done everything, and we were pretty shocked at how sexualised the young girls were that were in different bands.

“A lot of it was about that and not about the music and the artistry.”

Asked what advice she would offer an up-and-coming band today, she said: “Remember that anything is possible.”

“I think we were mini manifesters back then because we succeeded against the odds,” she said. 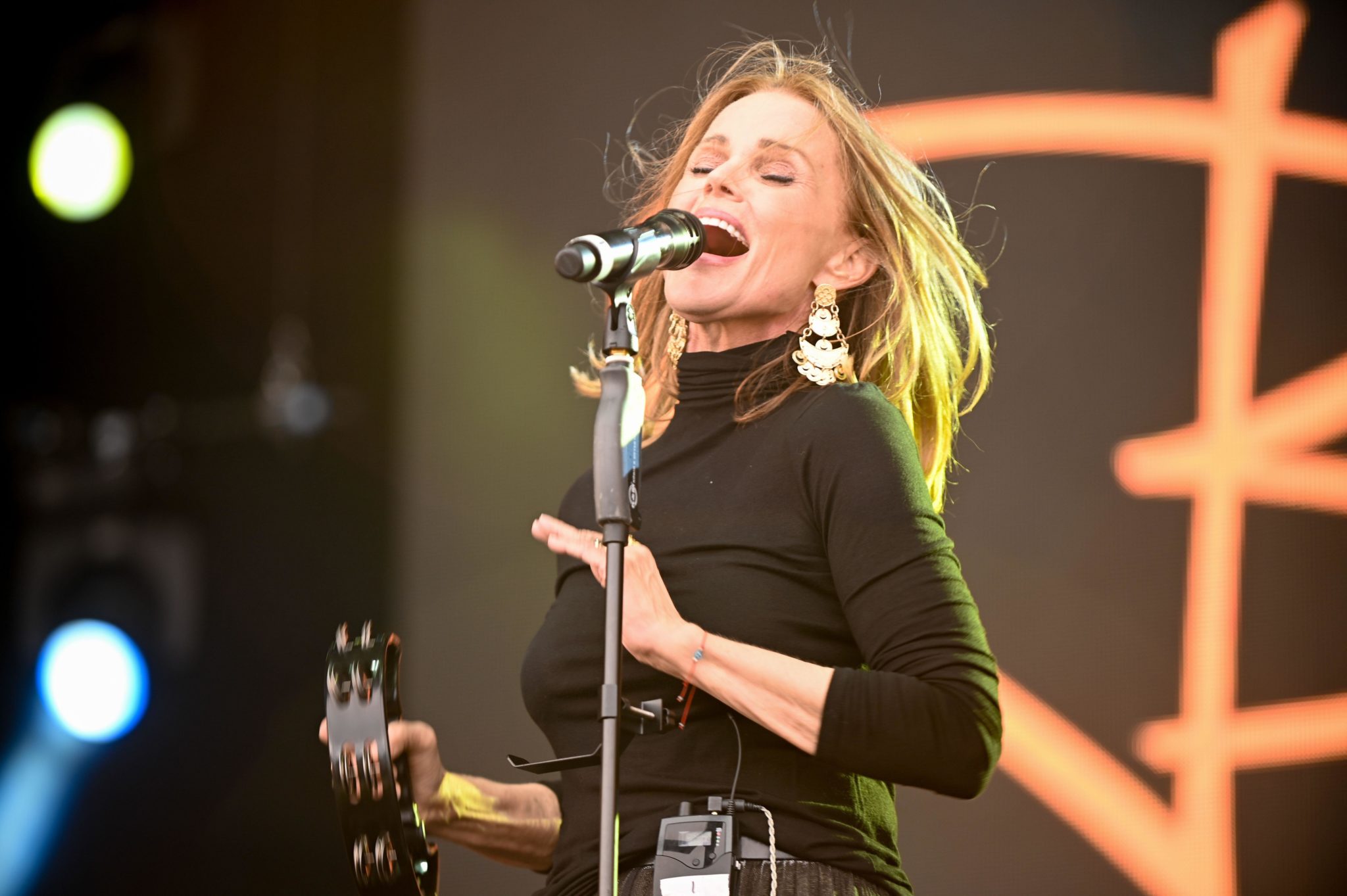 The singer said she is “very excited” to finally be touring again.

“I just love singing live,” she said. “I really didn’t think during the pandemic and all the lockdowns that live music would ever come back and it’s so great to be performing again and to see other bands performing too.”

She said she never tires of performing her biggest hits – because every performance is unique.

“When you see the reaction of people in the audience it’s priceless and you know, that’s what it is all about. Being able to bring people happiness.

“I almost look at this job as like being of service in a way. To help people be able to escape from whatever they want to escape from and just have fun.”

A place on earth

Carlisle said she has visited Ireland many times down through the years and celebrated her 40th birthday with Chieftains at a party in Wicklow.

“I just think there’s something really kind of magical [about Ireland],” she said. “It’s green and you know, it just has a romance about it that not a lot of places on the planet have. I’ve always loved it.”