Anti-terror police in France have taken over the investigation into a knife attack in Paris that left four people dead.

The attacker went on a rampage inside the police headquarters yesterday, killing three police officers and an administrative worker.

The 45-year-old attacker, who worked in the intelligence branch at the headquarters for 15 years, roamed two floors and wounded at least one more person.

He was shot dead at the scene.

The decision to refer the investigation to the national anti-terror unit was taken "in light of the evidence gathered by criminal investigators at this stage of the inquiry", a prosecutor's office spokesman said.

It follows interviews with the 45-year-old man's wife and several close associates, and an examination of his mobile phone, the Reuters news agency said.

His wife, who was taken into police custody yesterday but not charged, is said to have told police he heard voices on Wednesday night.

According to French media, he converted to Islam about 18 months ago.

He had worked for Paris police since 2003, and had not given any previous cause for concern, officials said. They also said he did not have a history of psychiatric problems. 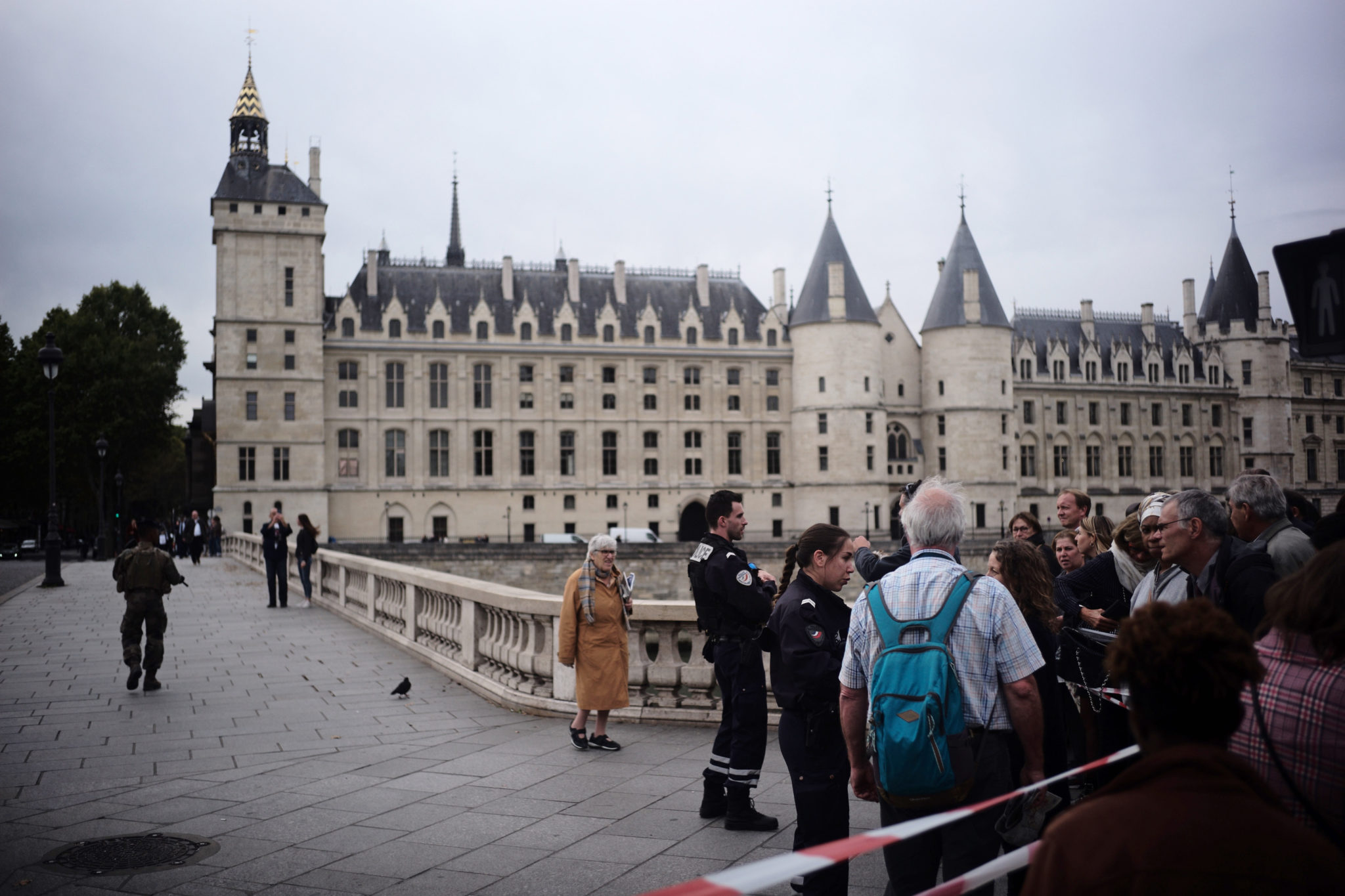 People stand behind a police tape as they are evacuated nearby the police headquarters in Paris yesterday afternoon. Photo: AP Photo/Kamil Zihnioglu

Armed security personnel in camouflage gear locked the area down after the attack on Ile de la Cite island in the River Seine.

The attacker was stopped by an officer who completed his training only six days, Paris police chief Didier Lallement told reporters.

The attack came a day after thousands of officers marched in Paris to protest against low wages, long hours and increasing suicides in their ranks.

The city's mayor, Anne Hidalgo, said in a Tweet yesterday that Paris was weeping after the "terrifying attack".

French police have been targeted by extremist attacks in recent years.

A gunman opened fire on the Champs-Elysees in 2017, killing one officer before being killed himself.