RTÉ has said it took the decision to pull Andrew McGinley from the Late Late Show line-up at the request of other family members.

RTÉ has said it took the decision to pull Andrew McGinley from the Late Late Show line-up after being contacted by other family members.

The bereaved father was due to appear on the show on October 8th; however, RTÉ cancelled the appearance after being contacted by viewers who said hearing him talk could be a painful experience for them.

Mr McGinley’s three children Conor, Darragh and Carla were killed by their mother at their home in Dublin last year.

Earlier this year, Deirdre Morley was found not guilty by reason of insanity after the court accepted she was suffering a psychotic and depressive episode at the time.

In a statement this afternoon, a spokesperson for RTÉ said the broadcaster understands the immense grief Mr McGinley is experiencing and the “sensitivities around this tragedy.”

She said the broadcaster has a responsibility to uphold BAI Codes when dealing with such sensitive issues and took the decision after being contacted by other family members.

“We have not commented on the specifics of our contacts with Mr McGinley,” she said. “

“We have also respected the confidentiality of the representations we received from other family members.

“RTÉ gave due consideration to all of this in light of our obligations under the relevant BAI Codes and understand it is extremely sensitive.”

The spokesperson said RTÉ wrote to Mr McGinley a number of weeks ago explaining the decision not to move ahead with the interview.

On Newstalk Breakfast this morning, Mr McGinley said he would never intentionally try to upset anybody.

“I am told that, I think it is, two or three people wrote in to object to my appearance,” he said.

“I was told they said it could be a painful experience for them and I understand that, but I am talking about the kids. I only talk about the kids with love. I wouldn’t intentionally set out to upset anybody.

“I am sorry if people do find it upsetting but they have a choice. I mean anybody listening this morning, if they don’t want to hear me talk, they can turn over.

“Conor, Darragh and Carla didn’t have a choice.” 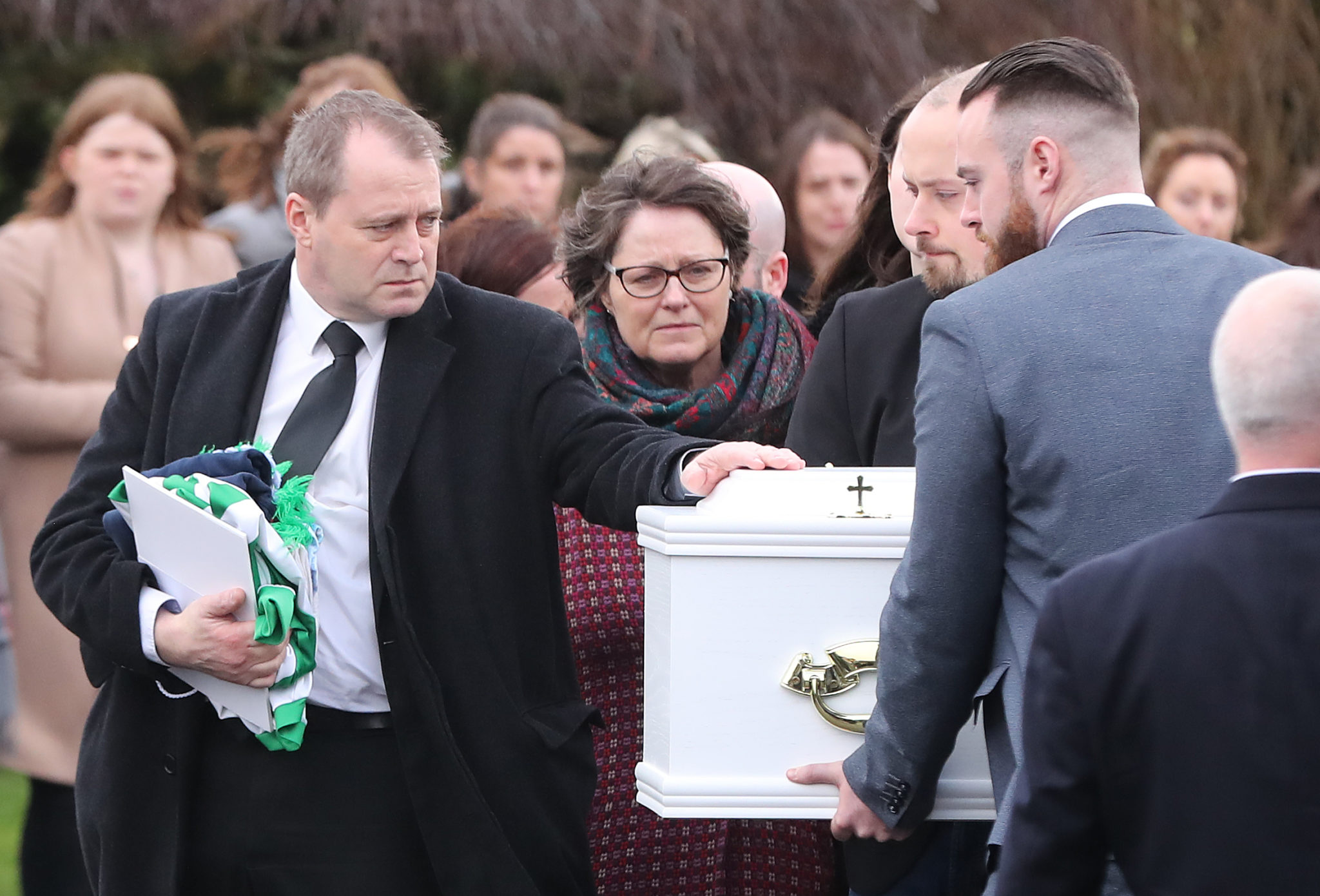 Andrew McGinley during the funeral of his children, Conor, nine, Darragh, seven and Carla, three, who were found dead in their home at Parson's Court in Newcastle, in the south-west of Dublin city on Friday, at the Church of the Holy Family in Rathcoole, Dublin, Ireland.

Mr McGinley said RTÉ told him they were dropping him from the show to “avoid causing upset and grief to the people who wrote in”.

He said he wanted to use his appearance on the show to promote a charity raffle for a Daniel O’Donnell concert in support of the AS Darragh Did charity and the Snowman for Carla colouring competition.

“I understand that people may find that upsetting but for me, it is all I have,” he said.

He said the Late Late Show appearance would have been worth about 10,000 raffle tickets for the charity – which could have helped about 500 clubs and societies across the country.

“I mean these legacy projects are all that I have and that, as I say is what I want to spend the rest of my doing,” he said. “Maybe that’s not important to anybody else but it is important to me and it is all I have and all I want to do.”

You can sign up to the Daniel O’Donnell raffle here for the chance to win four tickets to his concert Newcastle Community Centre on June 2nd, 2022.

The prize includes a night at the Louis Fitzgerald Hotel and food from Sodexo and Derry Clarke.

The Snowman for Carla competition runs until December 5th and you can download the picture for your children to colour here.

“I’ve been told by the Indo that it is the biggest response they have ever had to a competition like that so I am truly thankful to anybody who got their children to enter,” he said.

“I know how Carla would have been so happy to see all of them.”