Advertisement
On The Record

A ceremony was held today to unveil a plaque in memory of Garda Michael Reynolds who was killed o...

A ceremony was held today to unveil a plaque in memory of Garda Michael Reynolds who was killed off duty after pursuing armed robbers in 1975.

The late guard from Galway, who was killed at 25 years old, is described as "an example of courage and service" to other Gardaí.

Speaking at the event in Clontarf Garda Station, Garda Commissioner Drew Harris honoured Garda Reynolds, saying he "gave the ultimate sacrifice in the pursuit of justice." 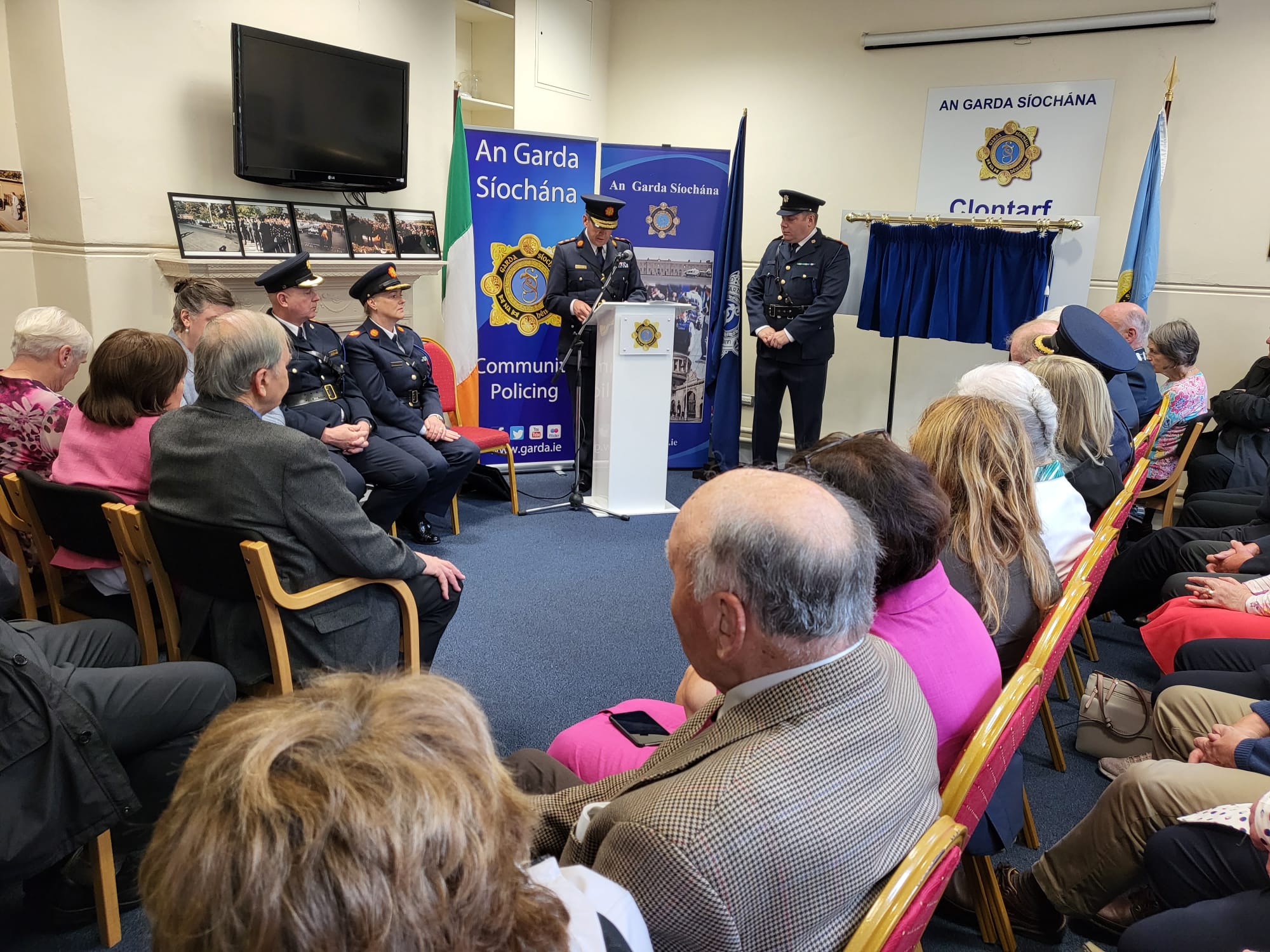 In 1975, while off duty and out with his wife and daughter, Garda Reynolds saw the armed robbery of the Bank of Ireland in Killester.

The unarmed Garda pursued the robbers to St Anne's Park where he was shot and killed at close range.

"A young husband, father and Garda murdered by criminals at just 30 years of age."

"A promising and bright life snuffed out in such a cruel and barbaric act", the Garda Commissioner said.

"We recognise and very much acknowledge the heavy blow and heavy burden of grief borne by the family in the intervening 47 years."

"Garda Michael Reynolds knew of the dangers from being a member of an Garda Síochána. He made the split second decision to confront the threat and danger to preserve justice and peace here in Ireland."

He was posthumously awarded a Gold Scott Medal - an Garda Siochána's highest award for bravery.

Main image shows the Garda Commissioner and Garda Reynolds' family in front of the plaque. Picture by: Tom Douglas.

Varadkar: 'There's no lack of political will to end the housing crisis'