All Ireland fever has hit the Marble City.

All-Ireland fever has hit Kilkenny and one Elvis-mad fan says Limerick will be checking into the Heartbreak Hotel come Sunday.

Newstalk reporter Josh Crosbie spent the day in the Marble City where the bunting is up, the flags are flying and houses are covered in Black and Amber.

In the first part of his two part series chatting to some of the most passionate fans in the country, josh found out just what it is that makes the Black Cats tick.

He started by chatting to one of the Cats most dedicated fans – Myles ‘Elvis’ Kavanagh.

“I love Brian Cody, I think he is a pure God. I often said when we meet Brian Cody, we don’t say hello Brian we just genuflect, like we just met God.”

He took Josh on a tour through his garden, which has essentially become a monument to his beloved Black Cats.

Safe to say he already has his Sunday all planned out.

“I’m going to wear the purple blue suit,” he said. “I’m going to walk around the town shouting: ‘Up the Cats; I’m Elvis and Limerick can be all shook up. They’ll staying the Heartbreak Hotel and they’ll be Crying in the Chapel.”

“I guarantee you Kilkenny won’t be staying in any Heartbreak Hotel, we’ll be rocking and rolling on Sunday night.” 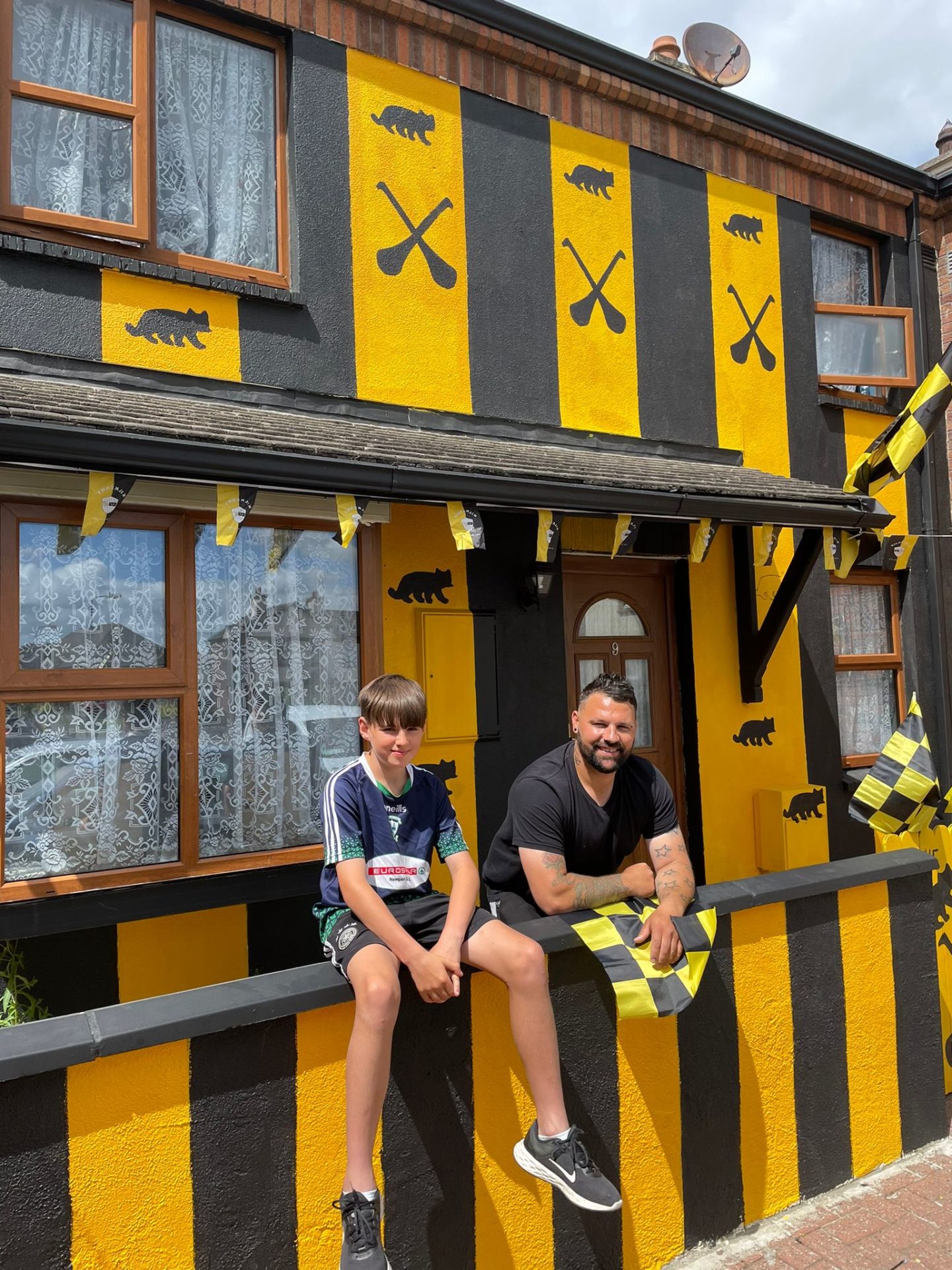 John Delaney at his home in Kilkenny. Image: Josh Crosbie/Newstalk

Another man who has his house all dressed up is John Delaney who is carrying on a family tradition.

“Ah we’ve got the black and amber stripes, harts, hurls – my father did it for years himself,” he said.

“The houses stands out and that’s the main thing isn’t it.

“We’re ready for the win now on Sunday. It will be a tough game now but we can do it – I think by one or two points.”

There was great atmosphere and a sense of optimism in Kilkenny today.@KilkennyCLG fans are excited for the game against Limerick on Sunday.

Singer Sean Carroll will be on @NTBreakfast tomorrow with Myles ‘Elvis’ Kavanagh and more. pic.twitter.com/sqc1hALYwK

“I suppose lyrics always come to me out of nowhere,” he said.

“I could be anywhere and I just write down lyrics but we always have great supporters around Kilkenny so the Black and Amber Roar was just a line I came up with.

“I wrote it, produced it and recorded it myself.”

Josh has also spent time with the Limerick fans and to hear how he got on west of the Shannon, tune into The Hard Shoulder this evening.

You can listen back to his Kilkenny report here: