This weekend, Producer Tony Considine goes back in time to tell the story of Dublin’s first lar...

This weekend, Producer Tony Considine goes back in time to tell the story of Dublin’s first large-scale rock festival, the 1977 Thin Lizzy homecoming show at Dalymount Park. The show was staged to mark Philo's 28th birthday. 43 years on, we celebrate the event in his memory.

The radio premiere of ‘Dancing in the Floodlights’ airs on Newstalk 106-108fm on Sunday 23rd August at 7am, with a repeat broadcast airing on Saturday 29th August at 9pm. 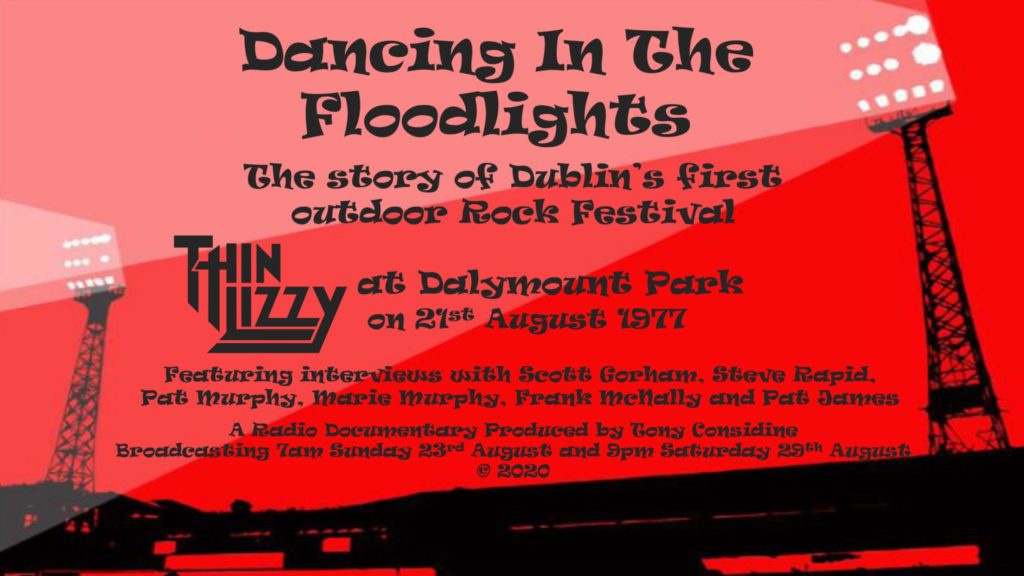 Podcast 'Dancing in the Floodlights' here:

Despite their absence this year, attendance at music festivals is a rite of passage for Irish teenagers and twenty-somethings.

Every summer sees stadium gigs at Croke Park and the Aviva on Lansdowne Road, festivals the length and breadth of the country as well as huge outdoor shows at the likes of Malahide Castle, Phoenix Park, Marley Park and St Anne’s.

Yet, it was only a little over forty years ago that Dublin saw its first ever large-scale outdoor rock festival. And the venue was somewhere that has nearly been forgotten in terms of its place in Irish rock history, despite having stories connected to it involving Irish legends such as Phil Lynott and iconic international figures from Bob Marley to Beyoncé.

While the likes of the Lisdoonvarna festival catered for the folk music scene from 1978 to 1983, the Lizzy gig pre-dated this by a year. Between 1977 and 1983, Dalymount was the only show in town for rock music fans looking for the festival experience on the island of Ireland. 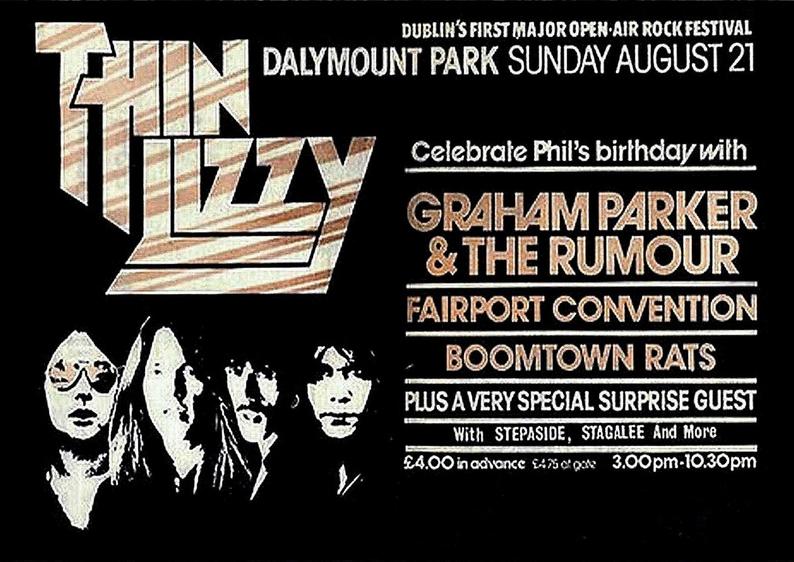 'Dancing in the Floodlights' tells the story of how that first concert came about, the impact it had on some of those who made it happen, who attended and who performed.

CREDITS: ‘Dancing in the Floodlights’ was written, produced and sound engineered by Tony Considine.

BROADCAST: The radio premiere of ‘Dancing in the Floodlights’ airs on Newstalk 106-108fm on Sunday 23rd August at 7am, with a repeat broadcast airing on Saturday 29th August at 9pm. Podcast goes live after first broadcast.

LISTEN LIVE ONLINE: ' Dancing in the Floodlights’ can also be listened to online at: www.newstalk.com

PODCAST: ‘Dancing in the Floodlights’ is broadcast as part of the Documentary and Drama On Newstalk Series, which showcases the best of original, homegrown and groundbreaking Irish Radio features. Podcast full series here: