Yanis Varoufakis has described Paschal Donohoe as "a chronic and pathetic Finance Minister" but ...

Yanis Varoufakis has described Paschal Donohoe as "a chronic and pathetic Finance Minister" but says "the feeling is mutual".

The economist and professor, who is also a former Finance Minister in Greece, said Mr Donohoe did not like him after he opposed the bailout of banks following the financial crash.

Speaking with Bobby Kerr on Down To Business, Mr Varoufakis also discussed the legacy of the Greek bailout and the economic fallout of COVID-19.

Paschal Donohoe had previously reviewed a book written by Mr Varoufakis, saying it was "lucid but flawed".

Mr Varoufakis said Mr Donohoe didn't hold him in high esteem as a Finance Minister either.

He said: "The feeling is mutual, I think he is a chronic and pathetic Finance Minister and he thinks the same about me.

"It's good to have this mutual assessment, negative assessments as Finance Ministers, but still be able to converse nicely about books and capitalism."

Following Mr Donohoe's election as President of the Eurogroup in July, Mr Varoufakis said on Twitter that it was a "death knell to any thoughts of corporate tax harmonisation in the Eurozone and the EU".

The immediate significance of Paschal Donohoe's (Irish Finance Minister) elevation to the Presidency of the Eurogroup? Death knell to any thoughts of corporate tax harmonisation in the Eurozone and the EU. In short, business as usual at a time we cannot afford business as usual

The financial crisis in Greece, which began in 2009, resulted in the "worst austerity in the history of the world", he said.

He said the country was a failed economy.

He said: "Entering the Euro turbocharged the corruption and all the demerits of the Greek economy.

"When you have all this money coming in, you create a false sense of development, of growth.

"The Euro's magnetic powers that caused an influx of money into Greece made the reform of Greece and the end of corruption in Greece so much harder."

Mr Varoufakis said the international media has a responsibility to make a distinction between the money markets and the real world.

"Look what's happening today in Britain, in Germany, in the United States, the financial markets are doing very well but the real economy is doing really badly."

He said just because bond and asset prices are going up, that doesn't mean the economy is doing well.

Greece is a perfect example of this as in 2017 and 2018, investors bought Greek bonds at "rock bottom prices and made a mint", but the people suffered even more. 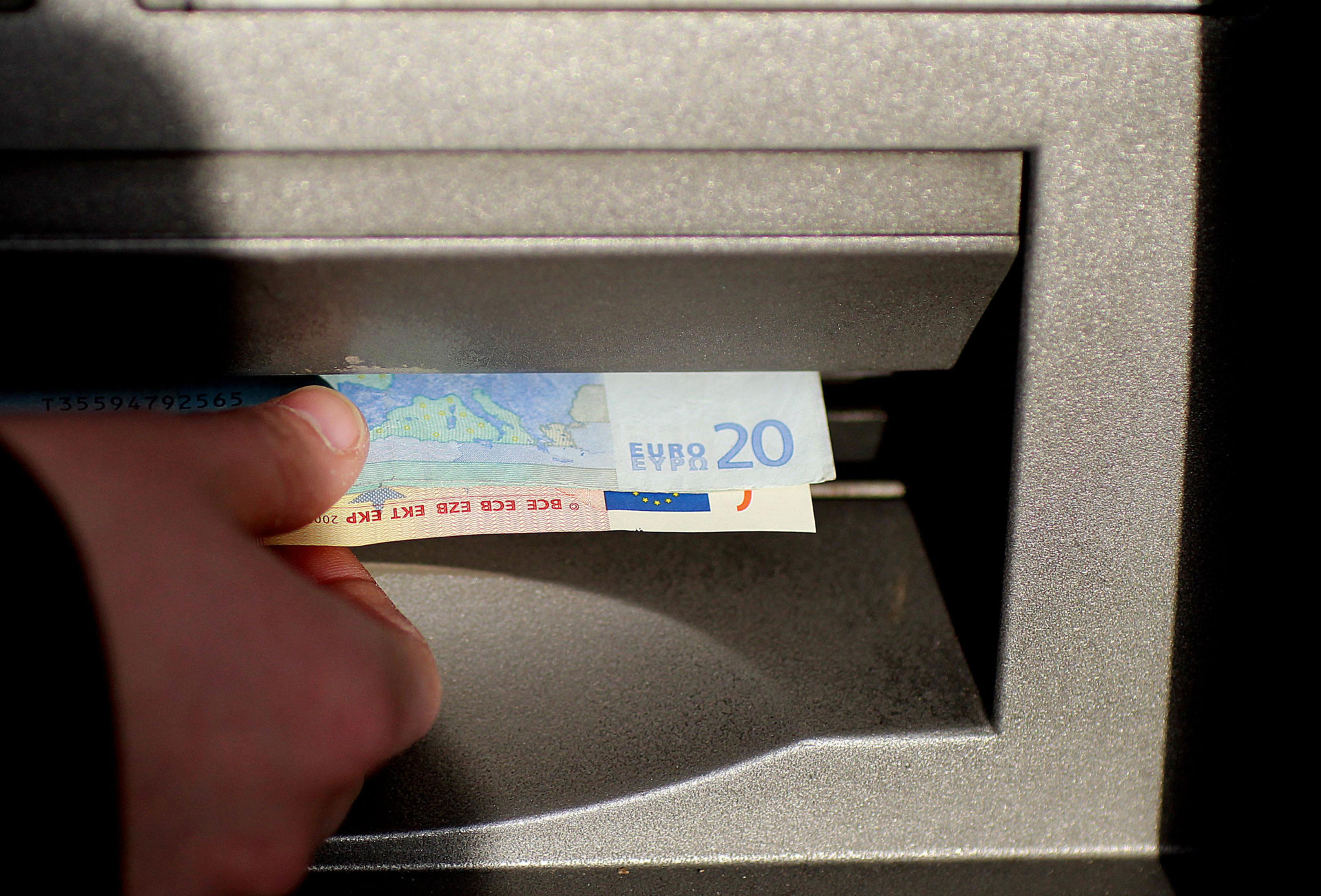 A general view of an ATM withdrawal in Dublin.

Mr Varoufakis said Ireland should have ignored the threats issued to the Government at the time "that the ECB would pull the plug and your ATMs would shut down unless the good people of Ireland took on their shoulders the losses of the private bankers".

He said: "Back then, the Irish finance minister should have said no, we don't have a democratic right to transfer the losses of privateers who have been the cause of the crisis on to the working class and the middle class of Ireland.

"That's what I tried to do and they didn't like it very much which is why I wasn't the flavour of the day in Brussels or in Frankfurt or Berlin while I was Finance Minister.

Mr Varoufakis said his new political science fiction novel, 'Another Now: Dispatches from an Alternative Present', imagines how things can be improved and a liberal world that is not capitalist.

He questioned: "Given the fallibility of humanity, and given the technologies we have, could the world function better, could we have a technologically advanced society that isn't capitalist?"

He added that the book allows him to discuss his contradictory views regarding the left and capitalism.

Main image: Yanis Varoufakis is talking during a conference on the European elections in May 2019. Photo: T Monasse/ANDBZ/ABACAPRESS.COM