Mass vaccination centres will be with us for some time yet, Damien McCallion, HSE Vaccination Lea...

Mass vaccination centres will be with us for some time yet, Damien McCallion, HSE Vaccination Lead, has told Newstalk.

The pandemic might be entering its final phase but Mr McCallion said with a large number of people still due booster shots, the centres would be still be needed in the months ahead:

“So they [the vaccination centres] will continue through this phase, albeit on sort of reduced hours, potentially for the next three months because as we said earlier the high number of people who had COVID, they’ll become eligible over the next three months and they’ll continue alongside our pharmacies and some GPs in that period,” Mr McCallion told The Pat Kenny Show.

“In terms of the future, what we’ve been looking at - and we learned lessons from the first time - we didn’t stand down the vaccines centres quickly because we could see the [need for] a further booster.

“This time round, obviously that risk seems to have reduced and certainly the general sense is that perhaps a fourth booster, it may be different in terms of approach and timing, but again we have to plan for the unexpected.

“So what we’re doing is we’re looking at a range of scenarios; one being… that parallel programme with the flu. But also looking, if we had to introduce a vaccine for the entire population or we had to do a rapid booster… how would we plan for that?"

Mr McCallion continued that it had been a huge logistical task to get the centres up and running, adding that the HSE was planning for several different scenarios regarding future vaccination needs:

“The main ones being that flu scenario; other variations of that including the whole population needing to be done and how would we stand that up… Are there other roles that people could support the health services beyond this but then be available in the event that that requirement is there and then go back [in the event of ] the emergency scenario.

“So we have learnt the lessons front the first time around, where we had to establish all this in such a short time that perhaps all the facilities would be identified, all of the resources can be identified.” 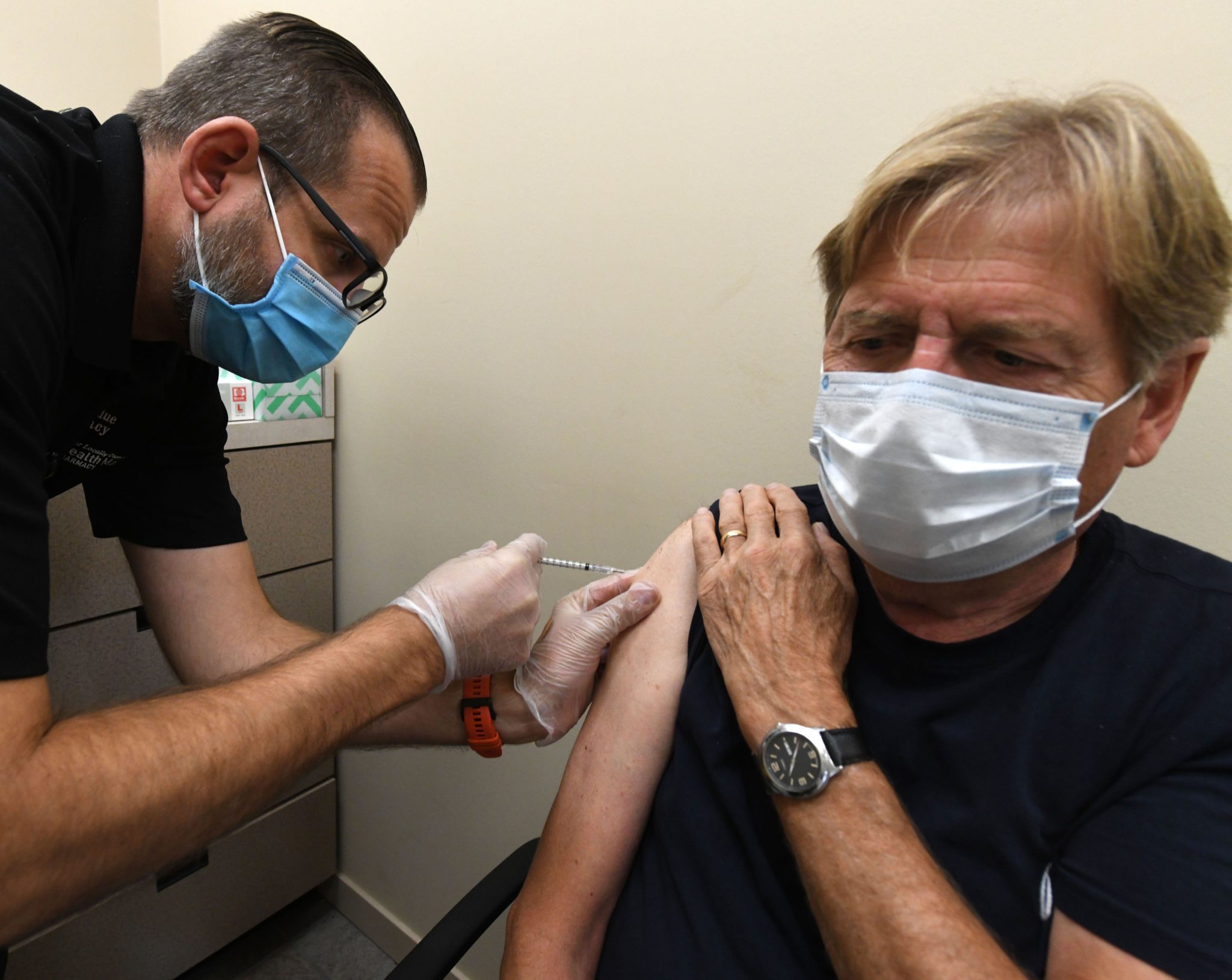 A vaccinator administers the Pfizer booster vaccine to a man in a pharmacy. Picture by: Mark Hertzberg/ZUMA Press Wire.

Mr McCallion also stressed that getting a booster shot remained the best way to protect yourself and your family from COVID:

“There still are significant proportions of people who haven’t come forward for their booster - particularly the younger ages," he said.

“And we would encourage them to come forward. There’s still a fair bit of evidence that if you’re not boosted, there is still a risk of hospitalisation and certainly while this variant is clearly less severe than Delta… The numbers that are in hospital, a lot of those are still unboosted.”

Half a million people due boosters yet to take them, HSE says