A documentary of her story has been acquired by Netflix

Carrie Jade Williams was diagnosed at the age of 31, and took up writing after her diagnosis.

While a documentary of her story has already been acquired by Netflix. It is thought this could be out by the end of the year.

Huntington's is a condition that stops parts of the brain working properly over time.

It is inherited from a person's parents - but as Carrie told Lunchtime Live, her adoption meant she didn't know about it.

"It's genetic, but I was adopted so I wasn't aware that it was in my family."

She says her vague symptoms meant she was diagnosed after a seizure in Dublin.

"I go in, I report vague symptoms - neurology illnesses always start very vague - so I was reporting vague enough symptoms.

"A lot of studies show that women go in and report vague neurological symptoms, and get referred to psychiatry.

"Men go in and report the same symptoms and end up, usually, in cardiology and then referred on to neurology.

"So unfortunately I was one the many women that ended up under psychiatry, trying lots of counselling and meditation... while my brain was being attack by a neurological illness.

"So I ended up being diagnosed in a crisis: I had a major seizure in the middle of Dublin and ended up extremely ill".

'Nobody expects you to get better'

She says she believes this seizure saved her.

"That saved my life - I think had I not had that seizure I don't think I'd be around today.

"It was a very difficult time for my family; I lost the ability to communicate, to walk.

"I'd had two strokes on the back of my brain."

She says her neurology team then began to rule out diagnoses, and put her through genetic testing.

Asked how she felt when the Huntington's Disease diagnosis came through, she says: "Because I have early onset Alzheimer's symptoms, I don't really know that I fully remember the day that I got my diagnosis.

"For me personally, I think the most devastating part of it is that you have this horrific illness - there's no hope, nobody expects you to get better.

"I always say the language that we use: if I had been diagnosed with cancer, you fight cancer... and I feel neurology you're sort of just left to die.

"I know that sounds awful, but it's because there's so little treatment options, and there's huge expense and a lot of the decisions that you're having to make are around outdated capacity laws.

"Bear in mind, I was struggling to communicate, I was having to use an Eye Gaze board.

I was having to communicate massive decisions that I'd never considered, there's huge accessibility issues - I was renting an apartment on the second floor that I'd never be able to get home to.

"It was just a time of heartbreak and chaos, and then throw into the mix COVID arrived." 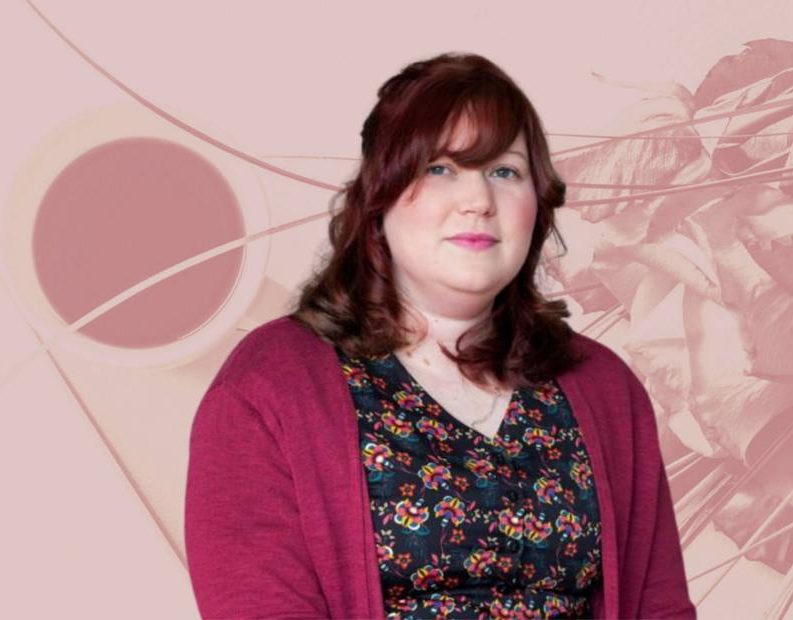 'Things have to be better'

She says she was determined to get her speech back to tell her story.

"I just made the decision that I still had something to say about the world, and so I was determined I would get as much of my speech back as I could.

"Very quickly I realised that there was no one going to step in and rescue my from this, so I just needed to make the decision - and I make this decision every single day.

"There's unfortunately going to be 15 and 16-year-old kids out there, carrying the Huntington's gene now, and when they get a diagnosis things have to be better.

She adds: "I make the decision every day that Huntington's Disease - on one hand it does define me, it's my genetic make up - but it also doesn't define me.

"I have a lot of fun in my life, I choose to do things every day that I absolutely love because I don't have much time".

Carrie will be the first person from Ireland, or the UK, to undergo experimental brain surgery in the US.

It will see a deep brain stimulator put at the back of her brain, which sends an 'electric hick-up' when the brain is having activity it shouldn't be.

A device will also be put at the front of her brain, as she explains: "The goal is that it would allow me to communicate when my brain loses that function".

Carrie says she wants to start a conversation on treatment options.

"Not only did I source the option that I'm having, but I wanted to make it public.

"So that we can, as a community, have a conversation about why does it take us so long to get these options here?

"This isn't a financial option, this surgery is cheaper, there's much safer options developing.

"Are we as a country just nervous around technology and medicine - is that why we're not bringing it in?

"Is it because we don't meet people like me that are having these treatments?

"I think it's a debate and discussion that needs to be had".

"I always say I live with a disease that I'm hoping every day that Elon Musk comes up with his Neuralink project.

"You know times are desperate when you're kind of there thinking 'Maybe Elon Musk will be the person that saves me'", she laughs.